walking through the mystical forest

This journey brings us back to ancient times where you will discover Beli, former Caisole, Caput Insulae and the mystical forest of Tramuntana. The beauty of the magical landscape of Tramuntana is reflected in a preserved herbal and animal life.

Spend a day of your vacation strolling along the mystical forest of Tramuntana on the north of the island Cres. In the area there are seven walking trails and three bike trails. These so-called eco-trails pass through the old roads that used to connect what are now abandoned villages and shepherds’ cottages in Tramuntana. Experience the wilderness, encounter the sheep, the turtles, the griffon vultures. Stop to see the labyrinths, go along the paths surrounded by stone walls , and simply follow the markings.

Included in the price:

Lada’s labyrinth
Lada is the early Croatian goddess of beauty and love who embodies natural birthing forces. Her companions are nymphs known as Ladarice, who have left the world to settle among the stars. This is how open star cluster Pleiades, also known as the Seven Sisters was created. This stone labyrinth is a replica of the ancient labyrinth discovered in Pula.

Vesna’s labyrinth
This is an enlarged replica of the labyrinth situated in Notre-Dame de Chartres Cathedral in France. It is dedicated to ancient Croatian goddess of spring, Vesna, a godess who harmonized heart with reason, beauty with gentleness. She is known as a spring divinity which dresses the earth in buds, flowers, grass and leaves.

Isis’s labyrinth
Isis is the ancient Egyptian Mother goddess who symbolises birth, fertility and earth’s abundance. It is believed that she is presented as a Black Madonna. As there is a miraculous statue of a Black Madonna in the Beli’s church. Isis’s labyrinth is dedicated to her. The villages connected by these trails are now mostly destroyed and abandoned, but are therefore intriguing as an open-air ethnological museum. 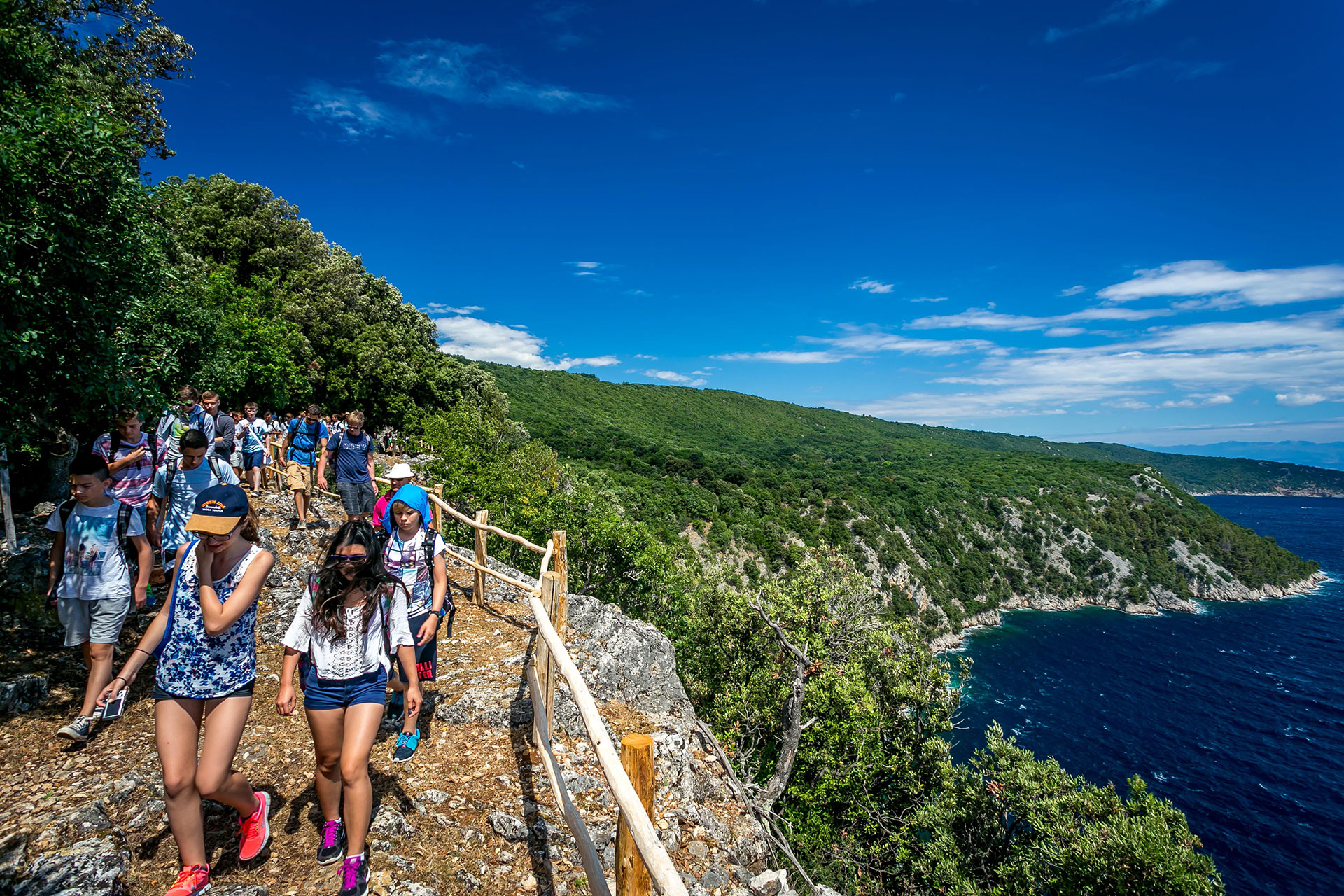